← more from
Styles Upon Styles 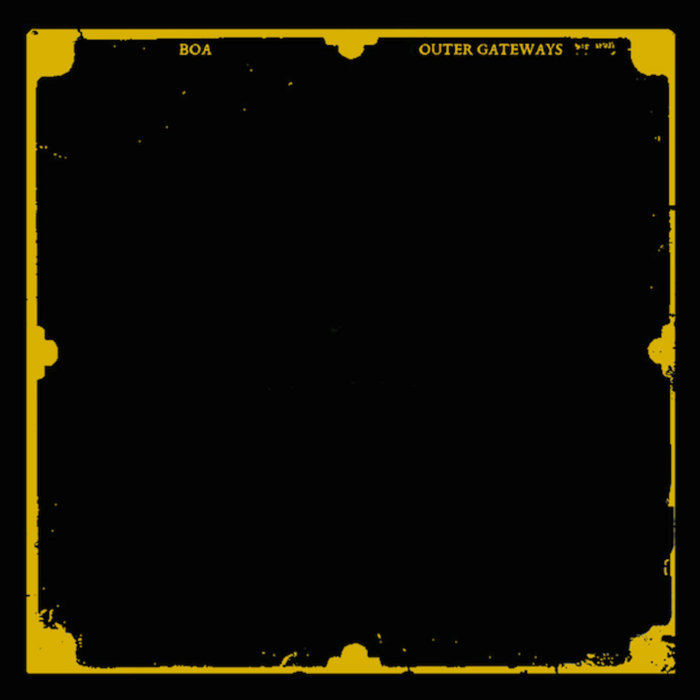 Outer Gateways is the culmination of twenty years of friendship and countless years of anger, frustration, sadness, obsession, addiction, bad sleep, and poor mental health. The cycle of these feelings didn’t begin twenty years ago, and it won’t end in 2020, but the friendship began in the desert and won’t end this year, either, for two brothers - Gary Geiler and Kevin Palmer - who share concussions, floating head hauntings, bouts of self-deprecation and, most strongly, white hot anger towards those who bulldoze for a buck and a Black Friday piss-up. They are friends who make music to fight a failing future, not for an optimist’s sake, but to quiet their anxieties for a moment of sleep before the alarm clock drags the shit back into focus.

BOA is a brotherhood formed through almost classically cinematic settings: desert drives to pick up a small town’s Wire magazine; skating soundtracked by Public Enemy, Godflesh, Adrian Sherwood and No U Turn; copies of Burroughs, Ballard, Bradbury, and Borges traded between backwoods parties and band practices. A connection unharmed by circumstance and strengthened by time lays the groundwork for a creative, emotional exchange delivered in bass weight and Chronic forms.

Twenty years of the above (and way beyond) led to a release on Seagrave in 2015, before hunkering down to fine-tune their collaboration into the eight tracks contained within Outer Gateways. (The preceding 12”, SUS033, features material recorded after the completion of the album; Mosca’s remix pulls from sounds contained within the album.)

Kevin and Gary - who produce as Best Available Technology and Ovis Aurum, respectively - cast sonics to curse oil barons with rapid dick decay. Sound-making stops time as it silences the anger, focusing fatherly / brotherly frustrations towards those who hate unconditionally, who destroy without compassion, who desecrate for their own sakes and spit upon our futures. A tool to fight eco-anxiety and a map to chart the next twenty years, Outer Gateways is sonics proper operated like heavy machinery.

Bandcamp Daily  your guide to the world of Bandcamp